On November 16, 1872, Mother Mary Odilia Berger and her five companions arrived on the St. Louis riverfront. They had come from Germany with the intention of living lives consecrated to God and to caring for the poor and sick.

They immediately set to work caring for victims of smallpox, typhoid, diphtheria, scarlet fever and cholera, which ran rampant in the crowded neighborhoods where the immigrants settled. The sisters, caring for the sick in their homes, carried little bells to warn others of possible contagion.

The little congregation grew. In 1877, the Sisters of St. Mary built their first hospital, St. Mary’s Infirmary on Papin Street, allowing them to care more efficiently and effectively for a greater number of patients.

During the epidemic of yellow fever that struck in 1878, Mother Odilia received urgent pleas for help in nursing victims in both Memphis, Tennessee, and Canton, Mississippi. Moved by the appeal, Mother Odilia asked for volunteers willing to risk their lives to care for the epidemic victims. Of the thirty-one in the congregation, thirteen sisters stepped forward to answer the Spirit’s call, eight to serve in Memphis, five in Canton. Throughout that summer, the sisters tirelessly nursed those who had fallen ill; most of the sisters themselves became ill. Of those thirteen who left, only eight returned.

On October 4, 1880, the Sisters of St. Mary received the Vatican’s formal approval as a congregation. Shortly afterward, Mother Odilia became ill; on October 18, 1880, she passed away, the victim of peritonitis caused by a burst appendix.

A Separation for a Time

On January 17, 1894, Mother Mary Augustine Giesen and six companions left St. Louis to establish a new congregation, the Sisters of St. Francis of Maryville, Missouri. The new congregation built a hospital in Maryville and served especially in the railroad hospitals in the Midwest. 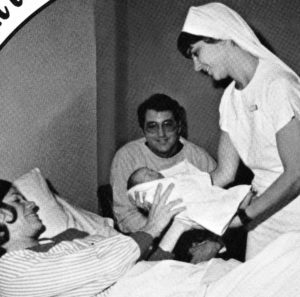 For many years the two congregations continued to grow along parallel lines, building hospitals and caring for the sick.

Following Vatican II, the Sisters of St. Mary and the Sisters of St. Francis of Maryville began to explore the possibility of reuniting once more as a single congregation. After years of conversations and shared experiences, in May 1985 the sisters of both congregations decided to reunite; the official reunification took place on August 2, 1987, and the reunited congregation became the “Franciscan Sisters of Mary.”

Over the years, our sisters increased their knowledge and skills, developing technology and extending the reach of their care. Through our care we have brought the healing presence and love of God to those most in need. Our sisters’ ledgers often designated patients as “ODL” or “Our Dear Lord’s”—meaning that they could not afford to pay for their care. “Turn no one away” was our sisters’ goal and motto.

Our sisters became leaders in the healthcare community, establishing hospitals and advancing healthcare education. We have been compassionate and astute doctors, nurses, administrators, chaplains, dietitians, therapists, pharmacists, researchers, and inventors. We have established schools of nursing and allied health professions. But while we have embraced and encouraged scientific and technological advances, we have never lost sight of compassion, care that nurtures healing of the whole person—certainly physical, but also mental, emotional, and spiritual healing.

Entering the 1980s, we anticipated that, although the hospitals and healthcare facilities we founded were growing and thriving, our dwindling numbers would no longer sustain that “sister as president” leadership model. In 1986, we united our hospitals, nursing homes, and other healthcare facilities into a single healthcare system with centralized and consistent management. Sr. Mary Jean Ryan, working with the SSM Health Board, served as president and CEO of the system from its inauguration in 1986 until 2011.

Throughout our long history, we have responded to the Spirit’s call to minister in many ways and in many places. Several of our sisters served for 32 years in missions in Brazil and Peru, teaching and providing healthcare for people who would otherwise never see a doctor or nurse. We built Holy Family Birthing Center to offer poor families in southeastern Texas at the Mexican border a safe place to bring their babies into the world—regardless of their ability to pay. Almost Home offers homeless teenage mothers and their children a haven where they can learn to support themselves and to become good parents. Several of our sisters founded Woman’s Place, a safe drop-in refuge for women who suffer from domestic violence.

Continuing to Live Our Mission

Though we now h 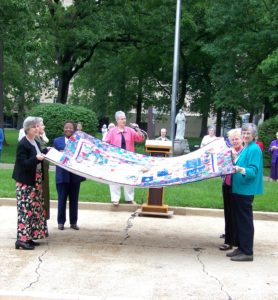 ave placed leadership of those ministries we founded and nurtured into the hands of capable laypeople, we continue to live out our call to be the presence of the loving, serving, compassionate, healing Jesus through our lives of prayer and concern. By using our influence and resources to work actively against climate change and to promote the environmental and social healing of our world, we follow Mother Odilia’s exhortation to “continue courageously for the love of God.”