At the Catholic Divestment Conference, FSM’s CEO and CFO John O’Shaughnessy presented the financial case for divestment from fossil fuels 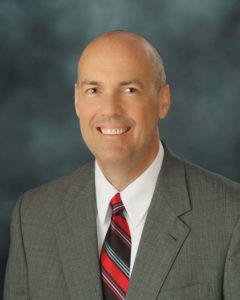 The conference, which took place in Washington, DC, on March 15, 2019, the same day as the Youth Climate Strikes were held in more than 100 countries around the world, underscored the moral, financial, and real-life impacts of Catholic organizations’ decision to divest from fossil fuels.

An article in the March 20, 2019, issue of National Catholic Reporter, “Activists emphasize urgency, hope at Catholic divestment conference,” by Jesse Remedios, focuses on both the urgency for divestment as well as its viability for Catholic organizations.

According to the article, more than 120 Catholic organizations, aided by a program by the Global Catholic Climate Movement and inspired by Pope Francis’s encyclical Laudato Si’, have announced their intention to divest from fossil fuels.

John O’Shaughnessy is treasurer and a board member of the Global Catholic Climate Movement. Under his leadership, the Franciscan Sisters of Mary completed divestment from fossil fuels by the end of 2014.